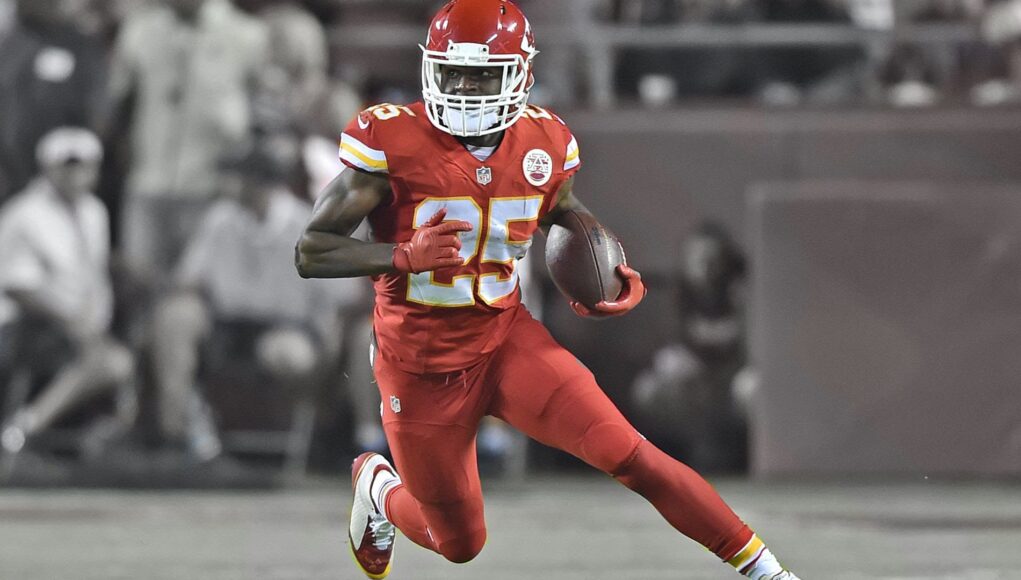 Former Memorial High School and University of Texas Longhorn Jamaal Charles has been officially released by the Kansas City Chiefs today.  He will hit the market at the same time as Adrian Peterson which could actually help his cause as there will be several teams vying for both of them.  While Peterson would draw more attention I believe Charles will produce more yards throughout the rest of his career.  I guess it really depends on where they both end up.  Adam Schefter is the one reporting that he has been released:

In nine seasons, Jamaal Charles has had over 7,000 yards rushing and nearly 2,500 yards receiving. His overall average is 5.5 yards per carry and 8.6 yards per catch. He has scored 64 times and averages a little over 7 touchdowns per season. His career has been marred with injuries though only playing a full season three times in his entire career. In the past two seasons he has played in eight total games. The problem with the Chiefs is that they have too many backs in their line up and really cannot afford to keep Charles on. Spencer Ware and Charcandrick West are both young and are producing yards and touchdowns at an insane clip. Ware is basically a younger version as Jamaal as well with his ability to pick up yards after he catches the ball.