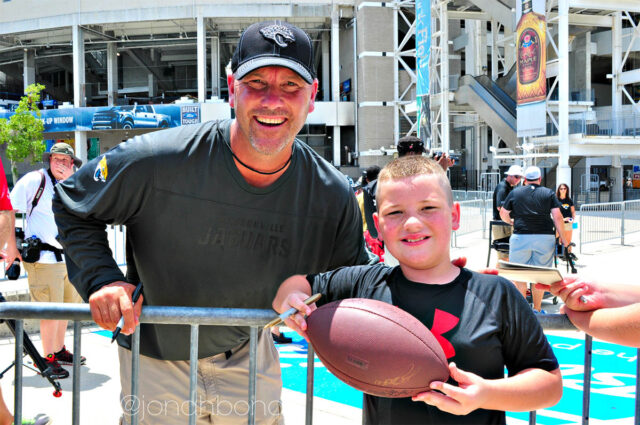 With two games left in the season the Jacksonville Jaguars organization decided that they wanted to get a jump start on finding a head coach for next season. Unfortunately he will more than likely go down as the worst head coach in NFL history. He will at the very least have the worst record for any coach that has been in 50 games or more. This is the worst in the Super Bowl era.

My favorite part through all of this was the owners statement after he fired Bradley.

I thanked Gus Bradley today for his commitment to the Jacksonville Jaguars over the past four seasons. As anyone close to our team knows, Gus gave his staff and players literally everything he had. Our players competed for Gus and I know they have great respect for him, as do I.

Gus also represented the Jaguars, the Jacksonville community and the NFL in nothing less than a first-class manner as our head coach. That counts for a lot. It is unfortunately evident that we must make a change. I thought it would be best to do it immediately after today’s result so Gus can step away, relax and regroup with his family during the Christmas and holiday season.

Dave Caldwell agreed and will now be charged with exploring all options to hire the best head coach possible to lead what I feel is an extremely talented team and reward a very loyal and patient fan base in Jacksonville.

Fired the guy so he could “enjoy” the holidays with his family. I can take this a couple of ways. Maybe he is right and just maybe his family was worried about him losing his job and somehow this makes it easier for them over the holidays…or, this could have just ruined Christmas/New Years for his entire family.

So…what’s next for Bradley? Well the team owes him a bunch of money so he could theoretically take the next season off and come back after a bit. My guess is he ends up becoming a defensive coordinator somewhere. To me, he is like a Rex Ryan, Rod Marinelli, Dick LaBeau, in that he makes for a better coach when he is just focused on defense.