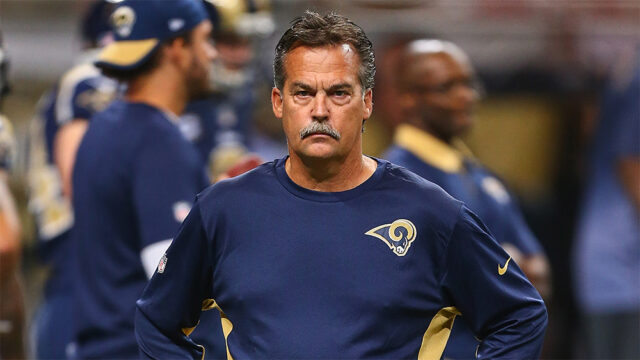 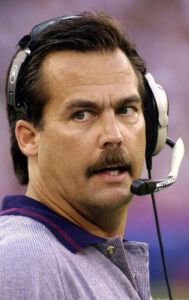 So the coach who helped the Rams transition from St. Louis to Los Angeles has been fired.  I guess they got what they needed out of him.  A lot of people have been bringing up the fact that they should have gotten rid of him a while ago. Since 2009 he has gone 45-63 and since becoming the head coach of the Rams he has gone 31-45-1.  The question had been when they were going to fire him until December 4th when the Rams announced that they had already signed him to a two-year contract extension before the season started.  Now, normally I would tell you that’s a sure sign that someone is about to be fired but this felt different for some reason.  I felt like the Rams organization had bought into the Fisher system.  I am pretty sure they stunned the entire world when they announced they would be getting rid of Jeff Fisher.  I think it’s in their best interest that they move on to someone else.  There are a bevy of college coaches that would be perfect for the Rams head coaching position.  The Rams organization really had no choice if you think about it.  They have a new stadium that is opening up in 2019 and their team has to be putting fans in the seats by then.  Since the franchise just moved there the only feasible reason is to start winning.  It didn’t help that the first game of the season against rival California team the San Francisco 49ers they ended up laying a goose egg and getting shut out 28-0.  It’s been a while since Fisher had success in the NFL.  He was at one time, having 4 seasons in 5 years with at least 11 wins with the Titans after they moved from Houston.  Here is his coaching record since becoming a head coach:

If you look at his record since 2008 you can really start to see why it’s unusual that he was able to keep his job.  The best explanation that I can come up with is that St. Louis was planning a transition and wanted him around to make things go a little smoother.  Outside of that there has been a lot of controversy as to why he has kept his job while others have been fired.  Just two weeks ago the Rams made headlines when Eric Dickerson (Hall of Fame ex-Los Angeles Rams player with number retired) announced that he was no longer allowed on the sidelines at games.  Fisher of course denied these claims as he was already on the hot seat having started the season so poorly and being unable to get his rookie quarterback (Jared Goff who has 4 touchdowns and 5 interceptions in 4 games) off to a productive start to his career.