Home XFL XFL Ratings Are In Decline But Not Horrible 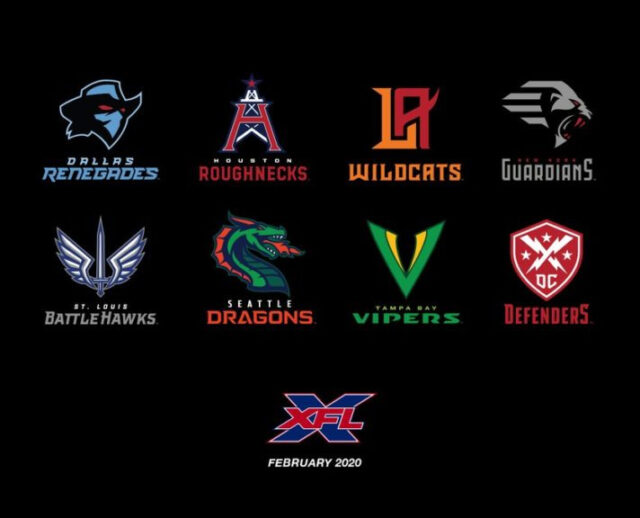 The XFL might be down in ratings but honestly weren’t we all kind of expecting that? The real question is whether or not this means a lack of survival for the league overall. I feel like the current numbers are just settling in what the actual numbers will be looking like overall. There will most likely be a spike during the playoffs as well with a larger spike for the Championship game. Oh, but wait, there won’t be a Championship game anymore. There won’t even be playoffs. Possibly the worst case scenario happened to the XFL in it’s inaugeral season. Covid-19 has taken its pound of flesh from every sport in the industry but I fear that the worst hit will end up being the XFL.

Let’s take a look at the ratings on a week by week basis first so you can see what we are talking about.

So as you can see the ratings really start to suffer right off the bat. This wasn’t a huge surprise as we all kind of expected such but the obvious issue is that they were unable to complete a full season. They will continue to pay the players even though there are no more games, but this makes you start to wonder just how much longer the league can stay afloat. Luckily with the TV deals there won’t be a serious lack of ratings in the future but it just doesn’t seem as though this league will be able to maintain the revenue stream needed to be a success. My assumption at the beginning of this season was the following two ideas:

1) This league could be essentially a farm league for the NFL
2) That this league would be the perfect opportunity for the NFL to use potential rule changes in a real world setting before voting to make changes in its own league.

I would say that the latter is definitely true. The league got a large enough sample size to see some of the rules and how they might affect game play, attendance at games, and public opinion. Whether or not it’s able to become a successful farm league is still yet to be seen as the quality of play was poor in my opinion. There were times where it was almost hard to watch. With the teams located in larger markets, I do believe that this league has the potential to last a much longer time than previous leagues. We will see just how much longer.

On the other hand it could be a blessing in disguise that the season ended when it did. The ratings were slumping so low Vince McMann might have had a hard time gathering new investors for next season if they had dipped much lower. Football is football so there will always be someone interested in watching it. It’s all about that break-even level. When you are only having to pay players an average of $45,000 per season the number you need to hit goes down significantly. However game ticket prices are so cheap (starting at $20 per ticket) that it makes it actually worth it if you live in the area and need something to do for the day. The truth is that only time will tell if this league is able to continue to succeed and prosper.

There Is Still Football On TV!