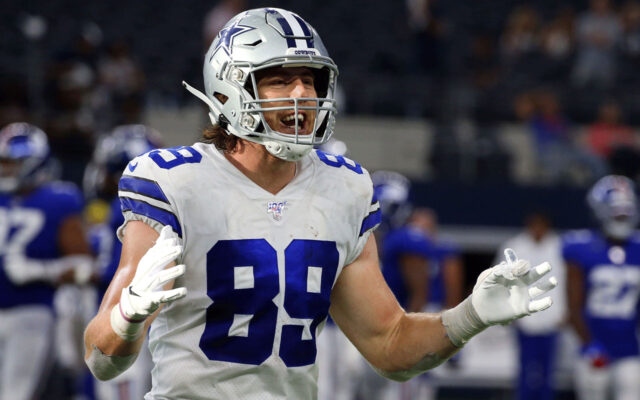 The Dallas Cowboys are in my opinion, one of the worst teams when it comes to injuries for some reason. It could be that because I pay closer attention to them than I do most other teams (because they are my local team) that maybe I just notice it more? I don’t really know but what I do know is season after season there are players who get injured early and often. This season appears to be no different. Injuries just from Week 1:

I get that NFL Football is in itself, a dangerous sport to play but there has to be a way to protect these guys from non-contact injuries. Blake Jarwin is out for the entire year. This particularly hurts because I took a major chance by drafting him into both of my fantasy teams. I have had to replace him in both obviously and I doubt anyone left can get it done like he was supposed to. Both Vander Esch and Jarwin are huge losses to the Cowboys while Erving has had a history of not showing up on every team he has played on since being drafted in the first round by the Browns. He is still a big loss as he was filling in for La’el Collins after he was placed on IR before the season started. That brings the total number of Cowboy’s players on the IR list to 6 after Week 1:

As you can see both the offense and defense are taking huge hits this season already. This does not bode well for the rest of the season if this keeps up. One can even wonder if not having a Preseason this year was the smartest idea by the NFL. The next few weeks are going to be a tall tale sign for how the Cowboys might end up at the end of the year. Right now Washington is leading the division as they are the only team with a win so far.