Home College Football Football Is Back! What’s On Tap For This Weekend? 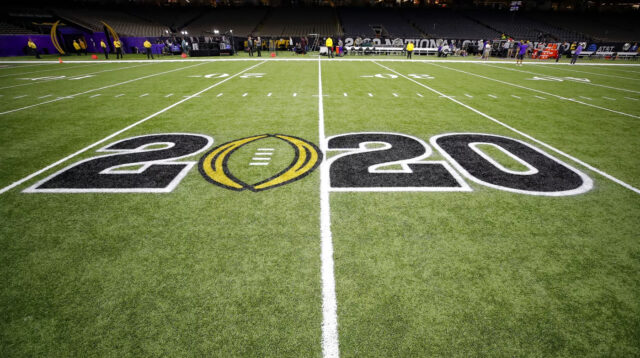 That’s right boys and girls, FOOTBALL is back! Whether you are watching American Football or the “Rest of the World’s” Football it’s back starting this week! Much like most College Football seasons there really isn’t a great game for the first weekend but who cares right? The NFL is a different story. We already had a great game Thursday with the Kansas City Chiefs and Patrick Mahomes taking on the Houston Texans. The two highest paid players in the NFL going head to head in Patrick Mahomes and Deshaun Watson. The Chiefs ended up on top but it was still a pretty good game. Right now I am watching #18 North Carolina and Syracuse go head to head which isn’t the best game in the world but getting to see Mack Brown coach my favorite basketball school is still pretty special to me. Tonight I get to watch my Texas Longhorns go up against UTEP at home. This game is going to be interesting to me because most Texas games are sold out or close to it and this one is apparently only going to be 25% capacity.

So I know I haven’t written in a few months and that is going to change. You would think being stuck inside would mean I would be writing more often but honestly with my new position at work, the depression of having no sports on TV, and just everything else going on in life I have had no time or energy to write anything. Football has reinvigorated me and I will not let you down again. So how should you spend your weekend? I recently purchased SlingTV with all the sports channels they have available on their network. Outside of NFL games which I use a different website for, this gives me access to pretty much all sports available on TV. Let’s see what the options are going to be: