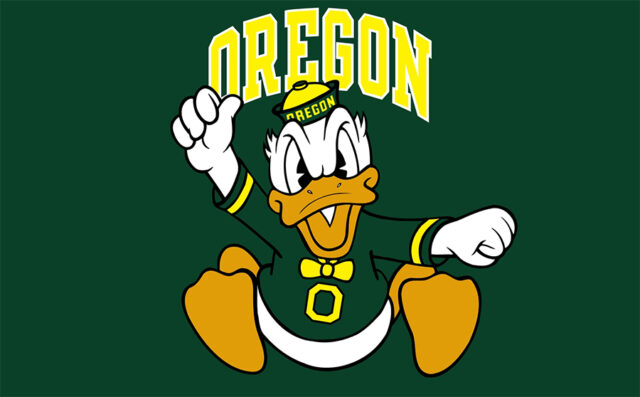 Irele Oderinde was just hired as the Strength and Conditioning Coach for the Oregon Ducks last week and there are already players in the hospital.  Offensive linemen Doug Brenner and Sam Poutasi along with tight end Cam McCormick were all taken to PeaceHealth Sacred Heart Medical Center at Riverbend last week.  The rumor is that some of the players (including those admitted to the hospital) are developing Rhabdomyolysis which can lead to kidney failure and is probably caused by these military style workouts.  I am not sure how much I believe all of the hype though as there have been players coming out talking about how the media is making something out of nothing:

Don’t believe we’re working any harder than the other top elite programs , some people bodies are just different

Honestly, in this case I am going to lead with the side of the players because if it really was gruesome or whatever I am sure there would be players coming out talking about it. Even college football has become some what of a business and these guys know they are commodities in a lot of cases. Something tells me that this has more to do with whatever supplements they might be taking in order to bulk up or get into shape. This is literally pure speculation but I find it hard to believe there are multiple players with the same issues without it being something that large groups are doing such as supplements.

So what does this mean for the Oregon Ducks? Well they have decided to suspend the newly hired Strength and Conditioning Coach Irele Oderinde for one month while the previous coach (who is now just helping baseball and basketball after being with the football team for 32 years) takes over for the next month or so.