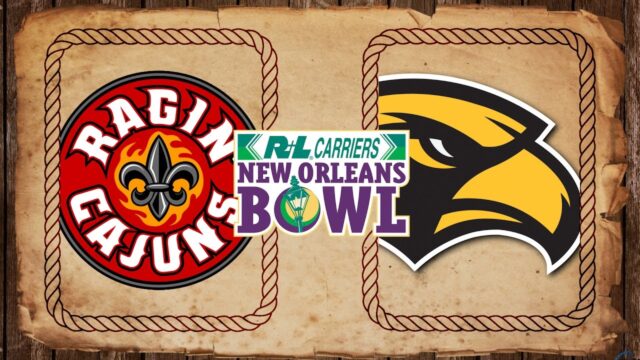 The New Orleans Bowl actually has a little bit of history to it. It started back in 2001 with Colorado State and North Texas. Colorado State ended up winning the inaugural game 45-20. Southern Miss has actually has the most appearances and has won this game the most out of any school and have a 3-1 record but have not played in it since they lost to Middle Tennessee 42-32 back in 2009.  I can’t really say much about this game because I don’t even really plan on watching it.  This game basically means that December 17th is going to be a big day of football games.  Most of them are pointless but it’s college football extended through the end of the year so can you really complain?  This has been especially true for me the past few years because the Dallas Cowboys have not really been “Good” since the mid-90’s.  College football bowl games have always been a nice retreat from an otherwise mediocre part of the year.

Key Players – For Southern Miss it has to be either Nick Mullens (Quarterback) or Ito Smith (Running Back).  Mullens has thrown for nearly 3000 yards while Smith has over 1300 yards rushing. Mullens has been battling a thumb injury for the past couple of months with a thumb injury but should be good to go by the time this game starts.

Why – Southern Miss is tied for 5th in Conference USA while Louisiana finished in 5th place in the Sun Belt.  So the answer to this question is basically that bowl games need to be filled.