Home College Basketball Atlantic Coast Conference So You Are Telling Me There Is A Chance? 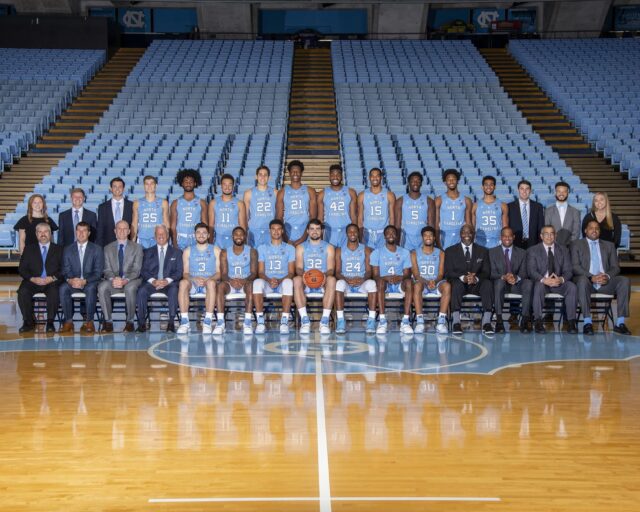 With six games and ten days left in the ACC Conference season, there is still a slight chance that the North Carolina Tarheels can make the tournament. They need to basically win out or win all but one game in order to make it, but they still have a shot at it. According to TeamRankings.com the Tarheels have a 98.7% chance of making the tournament if they get to 18 wins, 100% chance if they get to 19 wins. It get’s a bit sketchy once they get lower than 18 wins though. They would need quite a bit to happen for all of that. Considering they are on their highest win streak (3 games) since the beginning of the season I am beginning to have a little faith in my team again.

So what does all of this mean? Basically this means that not only does North Carolina need to beat Duke today but they also need to make a decent run in the ACC tournament. Basically if they win tomorrow and win 3 games in the conference tournament, they have a little less than 50% chance of making the big show. The further they go the larger the chance obviously. If they win out it means they win their Conference Championship with means they get an automatic big anyway. The good news is that they still have a chance even if they don’t make it that far. Say they end up playing in the Championship and end up losing. This still means they have a better than not chance (98.7% chance to be exact) of making the NCAA Tournament. It’s looking more and more likely that they will end up getting something like a higher seed in the NIT Tournament but I still hold out hope that they can play in the big show during March Madness. How sweet would it be if Cole Anthony and Garrison Brooks were all that was needed to make the tournament.

The rest of the schedule looks pretty dire for the Tarheels at this point though. The ACC might not be the strongest Conference in the land but it’s still holding it’s own in terms of rankings. If the ACC Tournament started today, this is how it would shape up:

So as you can see the Tarheels would end up playing Virginia Tech in their first series, if they won that they would move on to Georgia Tech. In the Quarterfinals they would end up with their third match up of the season against Duke. From there the road gets super tough. It would most likely be nothing but Top 10 opponents once they get to the Quarterfinals.

They just have to get past Duke first. They play at 5:00PM Central time tonight on ESPN. They are playing at Duke which is usually quite a bit harder to win but I have faith in my boys.