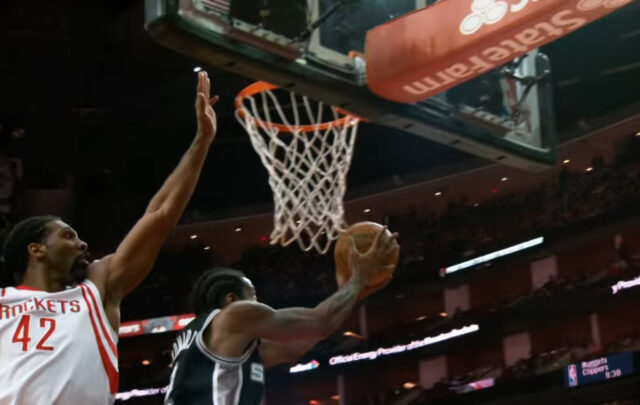 We all knew the Spurs versus the Rockets in Houston would end up being one of the great match-ups available this season. With both teams playing really well early on, this looked to be a great test for both squads. The Rockets were just a couple of games back from the Spurs and in third place overall in the Western Conference. With just over 4 minutes to play in third quarter the Spurs had a six point lead (69-63). By the end of the quarter the Spurs would not only lose the lead they had since pretty much the beginning of the game and were down by seven points. The third quarter almost lost it for the Spurs as they got outscored 33-19 in the process with the final few minutes being the worst of it. Because of the loss the Rockets are now tied with the Clippers for fourth place in the West and four games out of first place. I feel like it would be prudent to note that even though it may not look all that bright for them being four games back this early on, but both the Spurs and the Rockets have more wins than any team in the Eastern Conference (YES, even the Cavaliers). Here, check out the full game highlights in under ten minutes.